Jan. 17, 2014 8:50 p.m. ET
‘If you’re not following me on Twitter, TWTR -0.31% you’re going to hell,” says megachurch pastor Rick Warren, before cracking up. Mr. Warren—or Pastor Rick, as his teeming staff calls him—is leaning back in a red leather chair with his sneaker-clad feet up on the coffee table in one of his many offices on the 120-acre Saddleback Church campus in Lake Forest, Calif. He’s only joking. He has plenty of followers already: Almost 1.3 million keep up with him on Twitter, and around 30,000 attend his sermons. 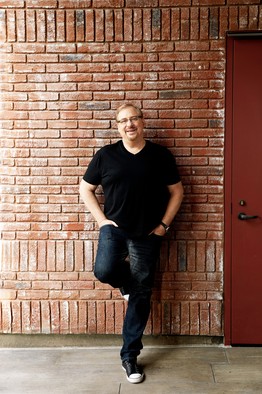 Mr. Warren’s popularity soared after the release of his 2002 best seller, “The Purpose Driven Life,” a self-help book about discovering and exploring a relationship with God that has sold about 40 million copies. “All of a sudden, people are calling me, well-known people are calling me, and I’m saying, ‘Why are you calling me? I’m just a pastor,’ ” he recalls. Now he has come out with “The Daniel Plan,” a diet book—though he says it is more than just a diet book—written with two doctors. It’s already a best seller, and Mr. Warren, 59, plans to turn it into as much of a brand as “The Purpose Driven Life,” which thousands of churches, corporations and even sports teams adopted as a 40-day plan.

Mr. Warren came up with the idea for “The Daniel Plan” a few years ago while doing baptisms “the old-fashioned way”—by physically raising and lowering people into the water. That day he baptized 850 people. “That’s about 150,000 pounds, which is why I’m so buff,” he says with a chuckle. “But as I’m lowering people, I literally felt the weight of America’s obesity problem,” he adds. “I thought, good night, we’re all fat!” Then he says he realized, “Good night, I’m fat!”

He didn’t think he could ask his congregation to get healthy without doing so himself. The following weekend, he declared he would set out to lose 90 pounds (at 6-foot-3, he weighed nearly 300 pounds) and asked if anyone wanted to join him. Mr. Warren says that he thought he might get 200 people, but by the end of the week, 15,000 people had signed up on Saddleback’s website.

Next he recruited three friends in the medical field, including Mehmet Oz, the surgeon and television show host, to come up with a system for how they would do it. Along with fitness and nutrition, Mr. Warren says he added the “special sauce” of “focus, friends and faith”—in other words, help from a higher power and from friends and community.

Named for the Biblical prophet Daniel, who challenged himself to eat only vegetables and water, Mr. Warren’s Daniel Plan instructs people to rely on “God power” rather than just willpower to eat healthily. His theory is that guilt only motivates people to follow diets in the short term, but “grace” lasts longer.

The book, released in December, provides a meal plan that includes lean protein, fruit, vegetables and whole grains, and it encourages regular exercise. The day after a two-hour rally to kick off the plan at Saddleback, he says local grocery stores were out of vegetables. “That’s the power of a congregation,” he says. “When an elephant is walking, it shakes the ground, and that’s a congregation—it shakes the ground.”

His book follows upon a rough period for Mr. Warren. He says, “2013 was the worst year of my life.” In January, he had severe back problems that put him in the hospital for weeks, and in April, his 27-year-old son committed suicide. “That was the worst day of my life, of course,” he says.

He could not sleep for the next six months. “You know what happens when you don’t sleep?” he asks. “Your cravings go crazy, you don’t exercise, and on top of that, I had a church family that loved me bringing me casseroles.” After losing 65 pounds in his first year and a half on the Daniel Plan, he gained 35 pounds back. In October, he went back on the diet and lost 35 pounds before the book’s release in December. He still has 25 pounds to go. “I’m the first guy who lost weight on the Daniel Plan twice,” he says. “I tell that story because I want my failings to encourage people.”

With his new book, Mr. Warren aims to make health a form of worship. “The Bible says…God made your body, Jesus died for your body, and He expects you to take care of your body,” the pastor says. “We are repositioning health as a spiritual stewardship.”

He thinks our culture sees the body in one of two extreme ways. “We either idolize the body, and there are people who do that and it’s all about how you look, or we go to the other extreme and we say, ‘We don’t care about that,’ ” he says. It’s health’s higher purpose that Mr. Warren says distinguishes his plan from other diet books. “It’s not so much what you eat; it’s what eats you,” he says. “It’s the stresses, the unreached goals, the broken heart and the grief.”

Mr. Warren thinks he knows more about these psychological concerns—and about health care—than any government or counseling system. “The church has been in the health-care business 2,000 years longer than the government, so the audacity of the government trying to tell the church what they should do with health care is—are you kidding me?” he exclaims.

Mr. Warren gives the church credit for inventing the hospital and says that one of Jesus’ three key tenets was “healing.” “One-third of his ministry was health care,” he says. “We believe the Daniel Plan is really taking the church back to what it has done for 2,000 years, because only in the last 75 years have we abdicated education and health care to the government.”

He feels the same way about poverty and unemployment: “Churches know more about poverty than any government will ever know, because we’re dealing with the poor every day.”

Mr. Warren aims to continue to expand Saddleback beyond the U.S. He and members of his congregation have traveled to every country around the world (and he shows off his album of visits to 196 of them to prove it) as part of his nonprofit P.E.A.C.E. Plan, an initiative to “assist the poor and care for the sick.” With branches already built in Berlin, Buenos Aires and Hong Kong and plans to create over a dozen other locations in strategic “hub” cities from Tokyo to Mexico City, his hopes for Saddleback are increasingly global.

And what’s his personal purpose? “My ultimate goal…is for you to live the life you’re intended to live,” he says. “You drift through life and let things happen to you, or go by design and say, ‘This is what I’m intended to do.’ The Bible is very clear that God has a purpose. But even if I know that purpose, I can’t fulfill it if I’m out of shape.”

Write to Alexandra Wolfe at alexandra.wolfe@wsj.com